Computer animators--beginners and professionals alike--often feel constrained by the rigs that they're given to work with. Either we need our characters to move in ways that the rigs just don't seem to want to allow, or the curves in our graph editor develop strange hitches and twists when we rotate the arm in the direction we want it to go.

It's often true that a particular rig will have serious limitations, and won't lend itself to the kind of motion that an animator would like their character to perform. Just as often, however, these kinds of limitations can be lifted by shifting your thinking to a less CG approach and thinking more like a traditional animator.

I know this is kind of hard to describe in words, so lets get to the pictures and movies, shall we?

I first came across this idea in my first term at school. During the last weeks of the semester, we were focusing on getting a character to walk convincingly. One of the areas that gave me the most trouble was the feet. This is an approximation of what they looked like in motion. 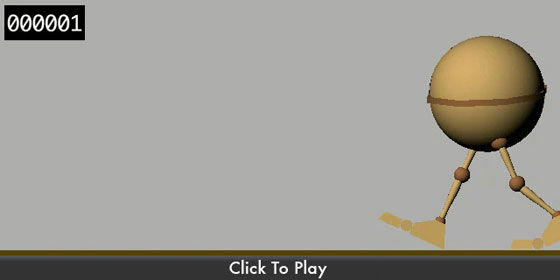 At first glance, it might not look that bad. Take a look closer, though, and you'll notice that there are some undesirable pops, and the movement isn't as natural as it could be. Have a look, in particular, at how the foot and toe leave the ground. Here's a close-up: 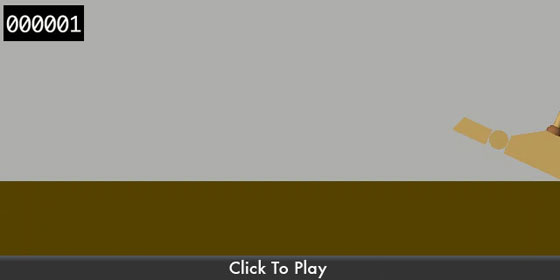 Look particularly at frames 27 and 28. Over the course of one frame, there's a pretty drastic move for a foot that should be rolling easily from the heel to the toe and then off of the ground; not to mention that there is no consistent arc happening in the heel, and the toe seems to jump backwards once it lifts off. There's a lot of problems here. 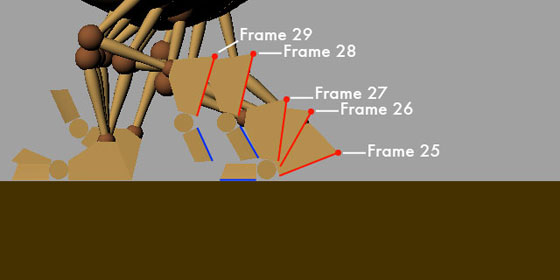 My instructor suggested that I could remedy this situation by adjusting some of my frames so the foot did something more like this:

Notice how the toe stays in contact on the ground until it is lifted away. Also notice that the heel moves in a nice and appealing arc, with natural spacing.

But I was still confounded: the rig I was using didn't allow for the toe to roll off of the ground like this, especially on frame 27 and frame 28. The foot had a Foot Roll control that allowed the foot to roll up with the toe planted on the ground, but no controls that would rotate entire foot while only the tip of the toe remained on the ground. I was really frustrated that my instructor would recommend a solution without understanding the limitations of a rig that simply wasn't set up that way.

Here's what I didn't understand: I wasn't thinking like an animator, I was thinking like a technician. There was a very simple solution, if only I could shift my thinking into a frame-by-frame way of seeing things. Do you know what the solution was? I'll give you a minute... Got it yet?